I hosted an adult game night at my house (get your mind out of the gutter) and it was surprisingly easy to put together. We had a ton of fun, and it brought out everyone’s bloodthirsty competitive side, which is always good for a party.

Many game nights that I looked at online had a red and black casino theme, but when I think of games I think of the bright colors in Life, Monopoly, and Candy Land. I wanted to have fun bright colors and games everywhere! 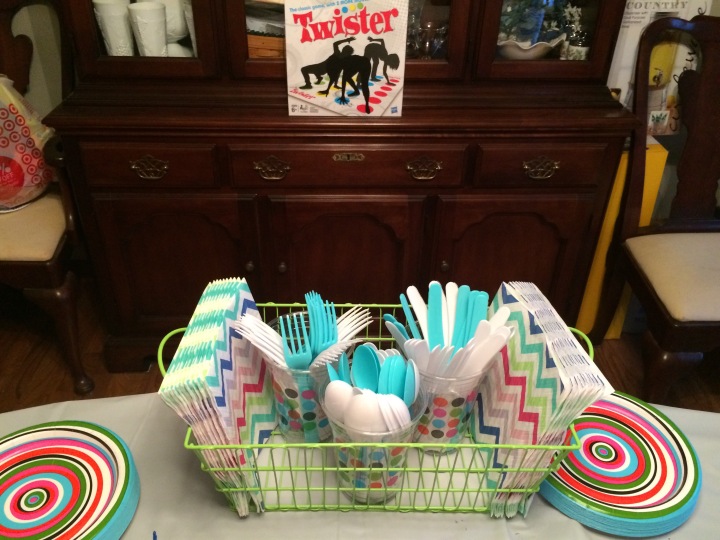 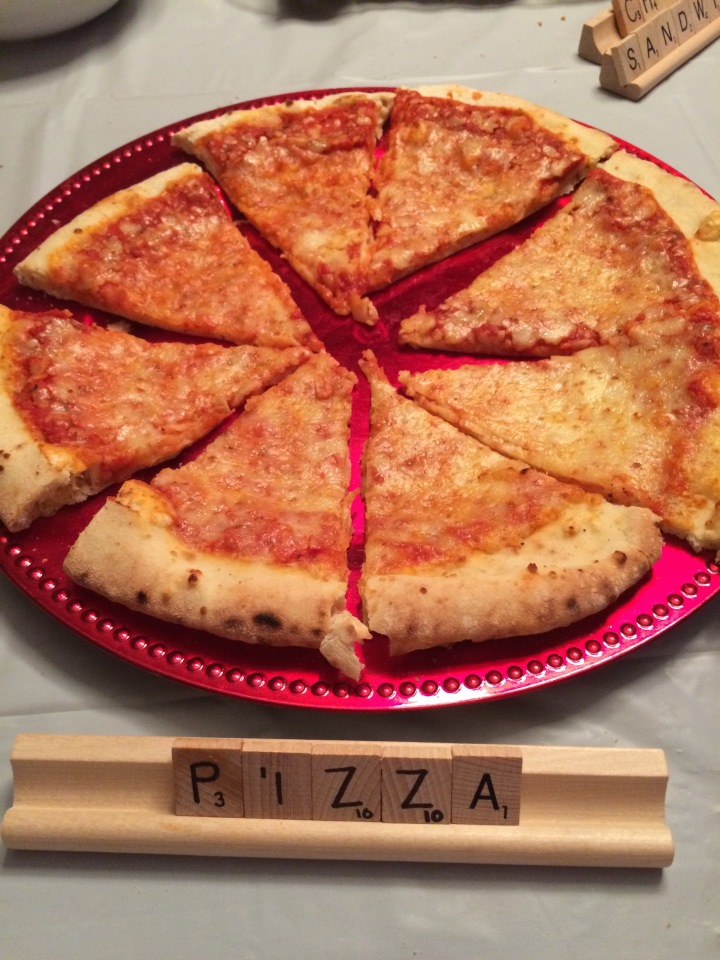 I used scrabble letters and holders to create labels for the food and drinks. I used already printed scrabble tiles and wrote in the letters I needed, but you could buy blank ones and write your own letters.

Since we’re all old, Twister was not on the list of games to play. But the mat makes a great playful tablecloth for the drink table (strawberry champagne punch, non alcoholic version and fruit water)! 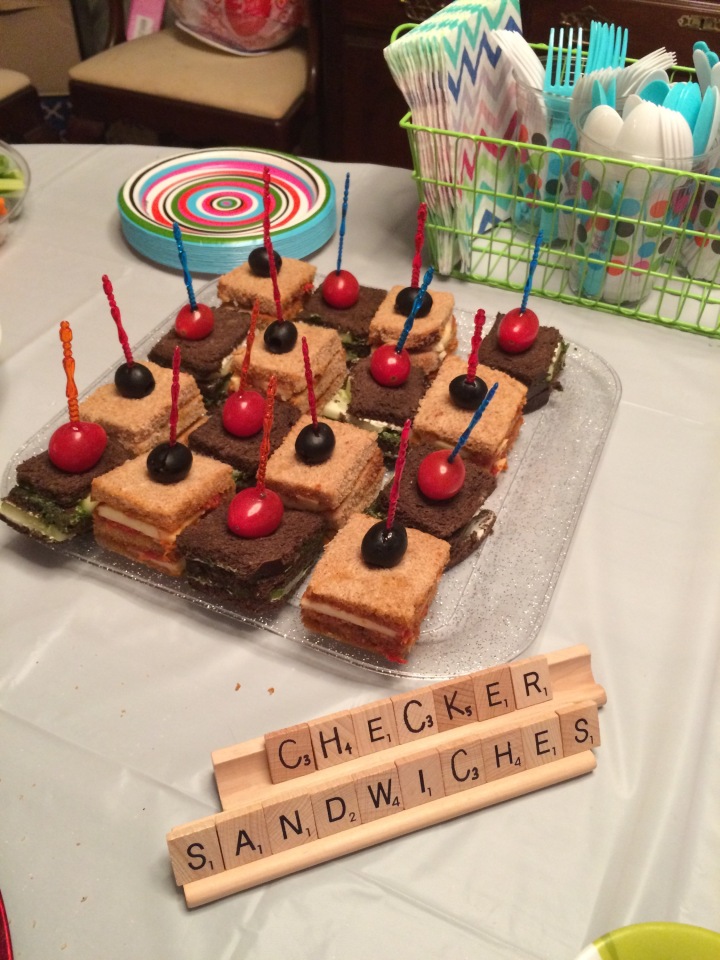 Veggie pick up stix with dip 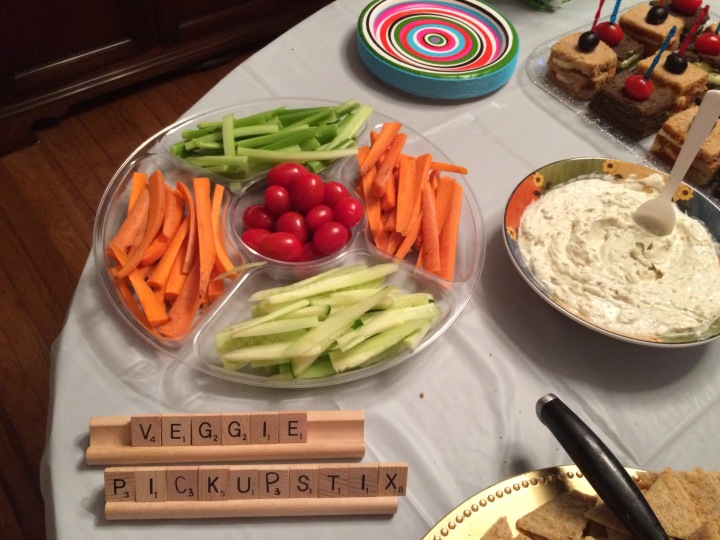 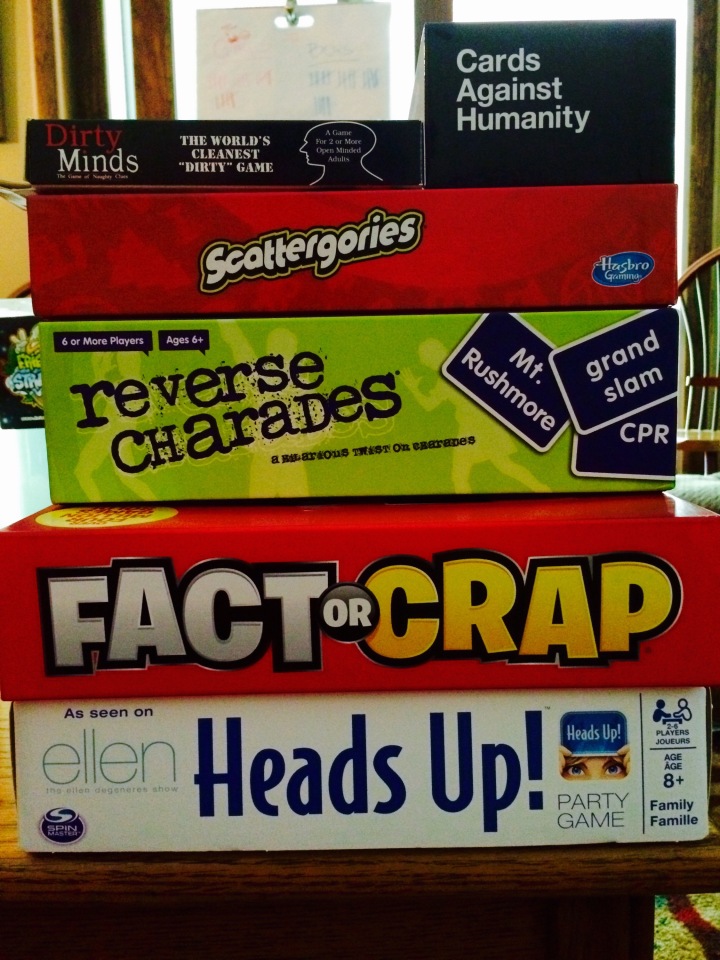 Scattegories is either really fun or totally hard. The best part is hearing everyone justify their answers and argue over whether “lemon meringue” and “lemon pie” are the same thing. Also, once the letter is rolled you realize you know not one word that starts with “K”. 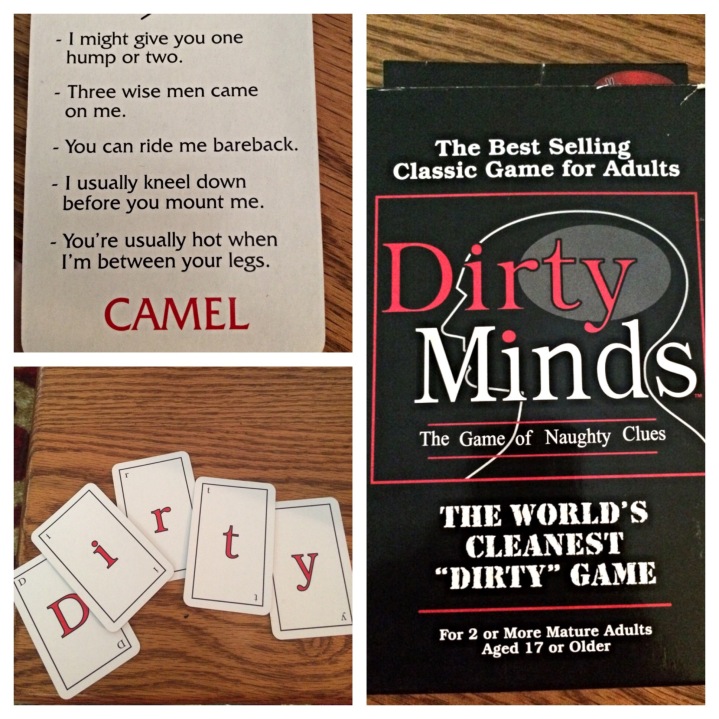 This game is fun, but requires some modification of the rules for the group. One person reads the clues trying to keep a straight face, and everyone else shouts out guesses. The fastest person to get the answer picks up a letter card and whoever spells out “dirty” first wins.

A fun version of the original game where one person guesses as the team acts out as many clues as possible until the timer runs out. We did girls vs boys, and only lost because Craig all of a sudden became an expert in the game and changed the scoring policy. Hilarious to video tape.

We considered playing Cards Against Humanity Pictionary, Heads Up and Fact or Crap but we were drunk and tired, and Aimee was deeply involved in reading Kim’s riveting novel. 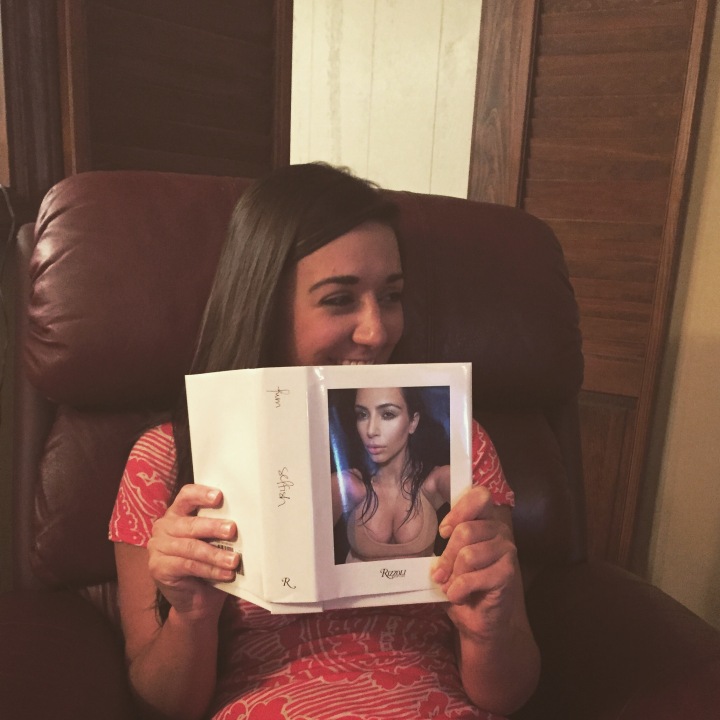 I’m a big fan of making all my parties look like a 5 year olds birthday party, and gift bags were the ultimate send off to the evening. 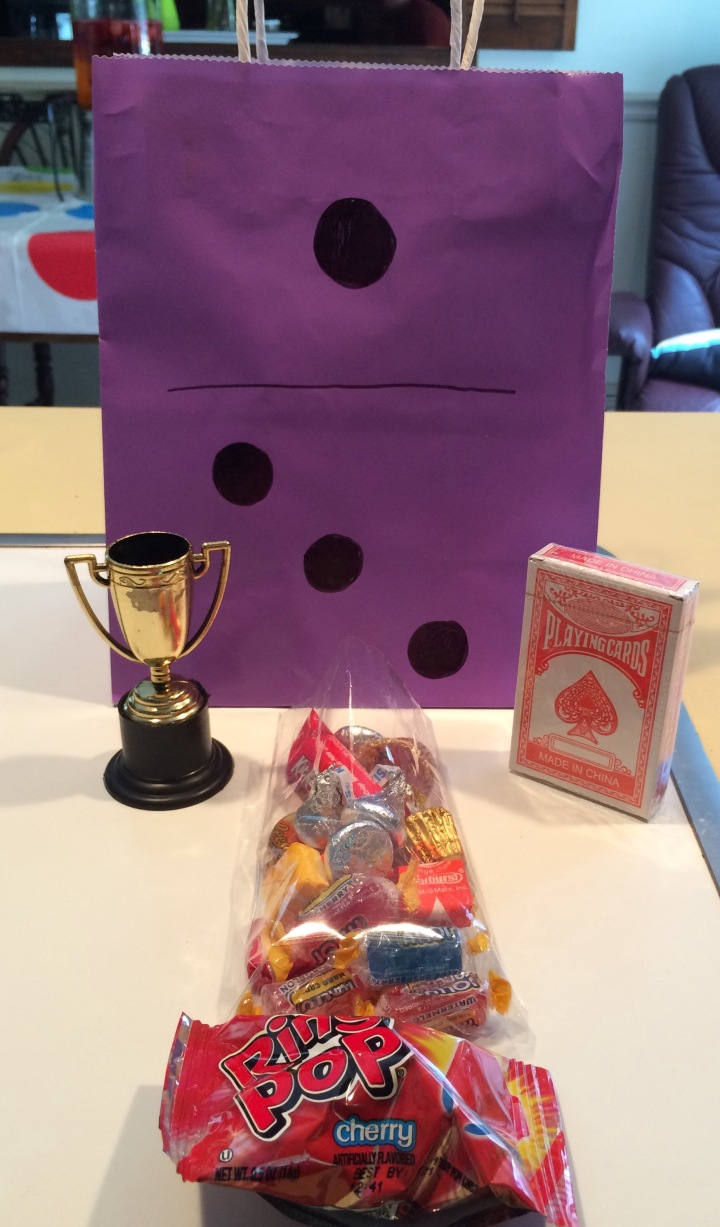