We’ve finally arrived in the great Pacific Northwest for our 10 day adventure!  Before we get coffee in Seattle, stay in a treehouse hotel, and meet hipsters in Portland, we spent a few days in Vancouver to explore all that Canada has to offer.

Day One: Arrived at the airport and had my first experience handling Canadian money, which is very thin and slippery, and the lady gave me a dirty look for only changing $60.

We left to go find some alcohol, and encountered what I can only describe as Freak Street.  Everything smelled like weed and I’m pretty positive a zombie from The Walking Dead stumbled past us.  We ended up in Gastown, a cute part of the city with an old-fashioned vibe, and stopped for a delicious brew at Steamworks where the bartender informed me that yes, Canada does indeed have Google.  (Side note: I have only been out of the country once before, if you couldn’t tell). 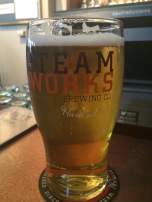 Went to the Steam Clock, which looked like something out of Harry Potter.  A homeless man stands nearby informing passer-byers of the next time it will blow out smoke and whistle, and then demands a tip.  We waited four minutes for the highly anticipated sound, which resembled a dying owl.

We also learned that Gastown is named for some guy called Gassy Jack.  Below is a picture of him and a statue. 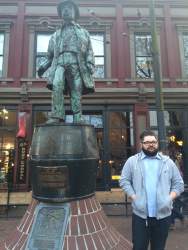 At this point our jet-lag started to set in, so we returned to the hotel.  The drunk cheerleaders asked me to sign a permission slip, and I cried because apparently I look like a mom or something.

Day 2:  The cheerleaders were in the hallways all morning getting their hair and makeup done for their competition, which distracted them from messing with the elevator.  Steve braved leftover sushi for breakfast, which is kind of like lox if you think about it…

Took the Vancouver Hop-On, Hop-Off Trolley to see the sights of the town.  Most of the attractions on the first leg of the tour were condos, or places that are going to become condos, or old condos that are being refurbished.  They also gave us these really cool stickers to wear that didn’t make us look like tourists at all…

Visited Stanley Park, which is one of Vancouver’s most popular tourist attractions, for good reason.  Everything is gorgeous and super nature-y.  (Photos in order: Trees along Bridle Path; The Pavilion at Stanley Park; the view from Prospect Point) 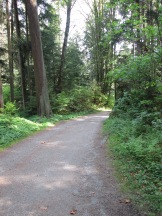 Took a “ferry” to Granville Island, and by “ferry” I mean a small tugboat captained by this guy.  Also, the ferry ride was 30 seconds.  (Side note: the girls in the background were the definition of TOTAL BETCHES.  First they mistook me for the ferry captain, because that makes sense. Then they asked the real captain how they were supposed to pay, and he said “Uh, money would be good” making him my hero.)

Granville Island was very pleasant with an artsy feel.  The bustling public market had display after display of macaroons. I don’t know if I like macaroons yet, but I do like to look at them.

Continued my tradition of buying a piece of Tiffany’s jewelry in every city I visit.  I told the saleslady that I bought my first piece of Tiffany’s on Rodeo Drive and she actually checked the database to see if I was lying. (Side note: OMG I’m in Tiffany’s database!!!)

She also informed us that Ryan Reynolds was filming a movie in town and had just been hit by a car in the Shangri-La Hotel parking garage.  And we all thought Canada was so safe…

Trekked down to English Bay to watch the sunset on Sunset Beach, and were not disappointed.  All those condos have a seriously fantastic view, except the people on the first floor who just have a view of another condo.

Had dinner at a place called Cinema and were positioned right next to Buck Hunt, which kept boasting how it was proudly MADE IN ‘MERICA… and now I’m wondering if the hostess sat us there purposefully.  Our waitress was very polite, and apologized to Steve 22 times for forgetting a lime in his highballs.  (Side note: LOL high balls).  She asked us where we were from, and is maybe the first person from the west coast who knows what Delaware is, so I gave her a big tip.

Mercifully the cheerleaders were worn out by their competition, so we crashed and watched Cops.  We got really excited that it was Canadian Cops, but it was just regular American crackheads…sigh.

Day 3:  THE CHEERLEADERS ARE GONE!!!!  Craig woke up super early to live vicariously through the runners in the Vancouver Sun Run, while Steve and I stayed in bed and read Buzzfeeds.  Walked to Chinatown and visited Dr. Sun Yet-Sen’s Chinese Garden for $12.

It was pretty cool, until we realized there was a free park across the koi pond that was basically the same thing.  Ate some pho and tried to catch the trolley.  It turned into an ordeal, and long story short if you ever visit Vancouver, be aware that most shuttles worth going somewhere stop running between 2 and 430 pm.  We had an American-sized temper tantrum, and went to walk it off on the Seawall. Found the totem poles, and took this awesome picture that surprisingly no other tourist tried to replicate.

Got dinner at the best pizza place I’ve ever been to, The Parlour. 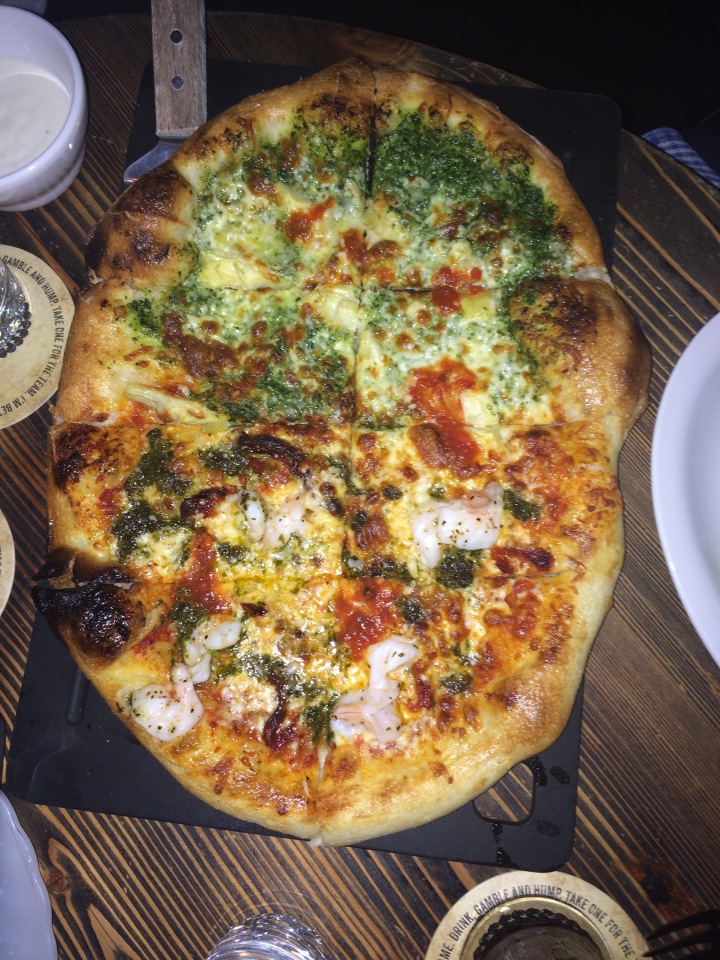 Everyone is shocked when we say we’re from near Philadelphia, and ask if we drove (Answer:  No, we took this newfangled invention called a plane). They also inform us it rains 90% of the time here, so we’ve had the greatest weather possible.  It’s supposed to rain tomorrow, but we’re heading to Treehouse Point, so whatever. So long Vancouver…it’s been real…weird. 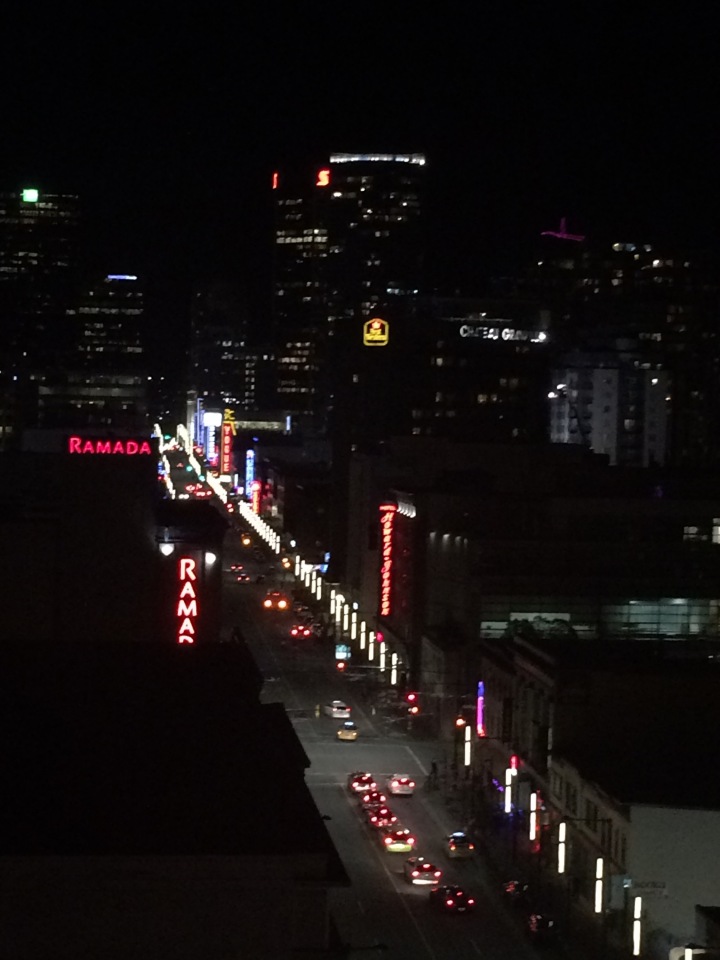 (Note:  Nothing in this post is meant to be offensive.  We loved every minute, and Canadians are seriously the best 🍁💕💋).

One thought on “vancouver voyages”