My mom claims I began reading road signs along the Pennsylvania turnpike at two years old and shocked everyone into thinking I was a baby genius.  I’m not sure that I totally believe her, as I think it was a story intended to make me feel supremely guilty over the Cs that came home on my report cards.  ([Siiiiiigh] C, really?  You were a baby genius!)  Nonetheless,  I have always had a passion for reading.  During the school year it’s hard to find time to sit down with a book, but when June comes it bye bye kiddies, hello sunny days on the deck!  Here’s what I’m getting into this summer:

It’s What I Do, Lynsey Addario 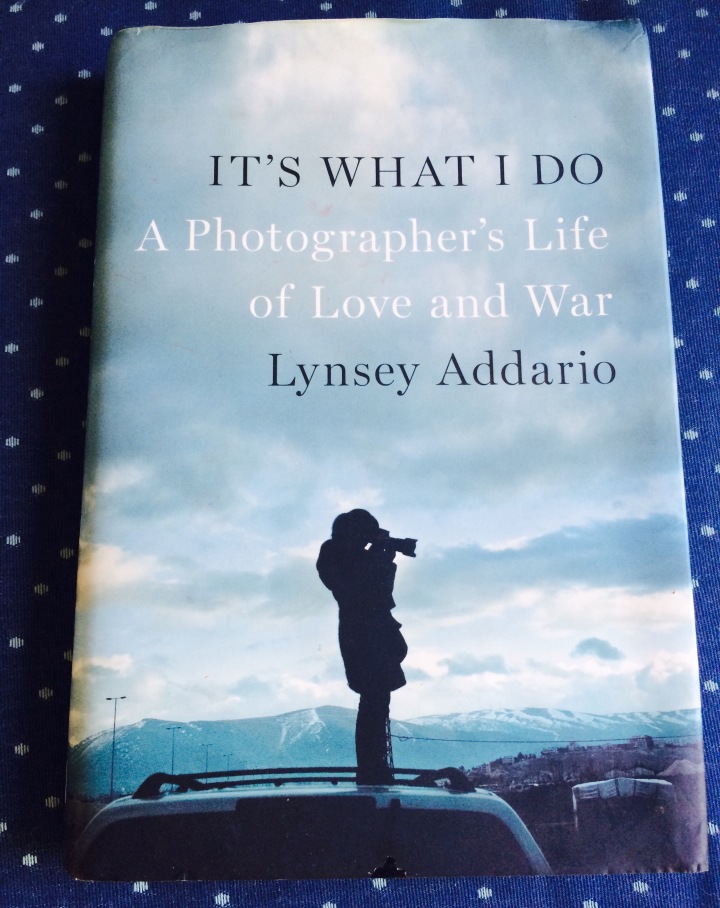 Before reading this book, I never considered how difficult life must be for journalists documenting war and crises, and just how vital they are to the public’s understanding. I was fortunate enough to see Lynsey Addario, a female conflict photojournalist who works for The New York Times Magazine, speak about her experiences and for a tiny woman (seriously, she’s 5’1″, maybe!) she’s a serious powerhouse.  Her book, in the works to become a feature film in the near future, weaves romance and suspense among stories of war and conflict told from the inside.  Addario truly relates to the people she is photographing, and despite several near death experiences, continues her profession because it is simply what she does.

I Like You Just the Way I Am, Jenny Mollen 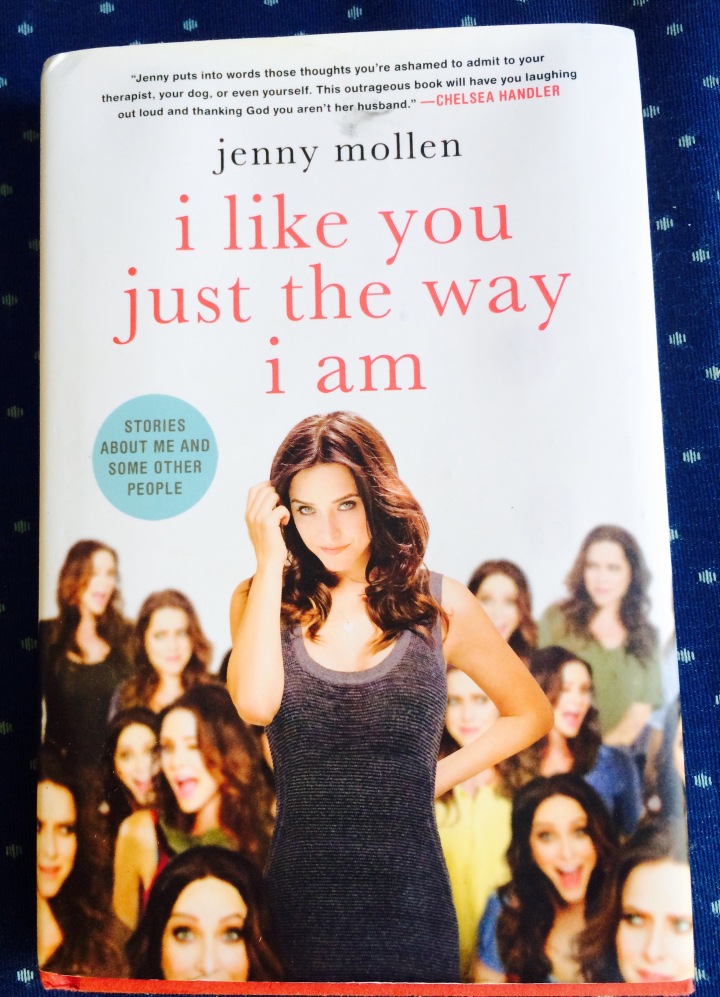 Jason Biggs’ wife Jenny (how random, right?) hilariously encourages all women to embrace their crazy sides, and she means batshit, off the wall crayyyyzeee.  I can’t decide if my favorite part is when she unsuccessfully tried to stalk and befriend Jason Biggs’s ex-girlfriend “Baz” (who had an entire YouTube channel dedicated to bashing Jason Biggs that mysteriously doesn’t exist now), or when she suspects her elderly neighbor of being a skin-flaying serial killer/rapist after watching an episode of Dateline.  Jenny Mollen is you, or your girlfriend/mother/sister/friend, and not afraid to say it all.  She is shameless, brazen and bold in the best possible way, maintaining a likability throughout her twisted memoir.

As we were driving around Oregon on our great PNW, we began listening to podcast Serial, about a young girl, Ming, gruesomely murdered by her boyfriend.  OR WAS SHE?!?  The 12 episode podcast is riveting, and the narrator keeps you enthralled in the story (spoiler alert: the case is still open…DUN DUN DUNNNNNN!)  Even though it’s about sick murderers, there are some humorous parts, and you become very involved in the whole story.  Luckily there are two new seasons coming out in the fall and spring, so if you blow through this one there’s something to look forward to! 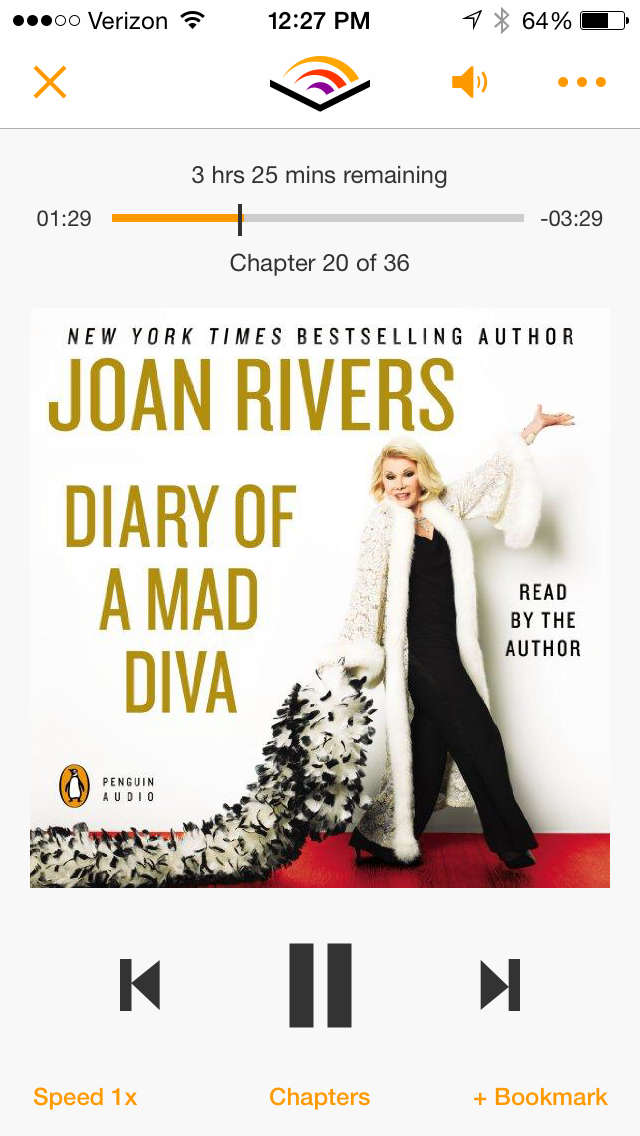 First of all, RIP Joan, Queen of Everything.  Hearing Joan Rivers read her diary out loud to me is one of the best gifts from beyond I could have ever received.  Be warned: it is definitely just as or more offensive than you were planning for, and within the first five chapters she takes a stab at Mexicans, Obama, too many celebrities to name and Anne Frank.  Sooooooo…yeah.  But there’s something soothing about having Joan Rivers read to you in that snarky, raspy voice, and she even puts in her own commentary to her fans (aka just me). 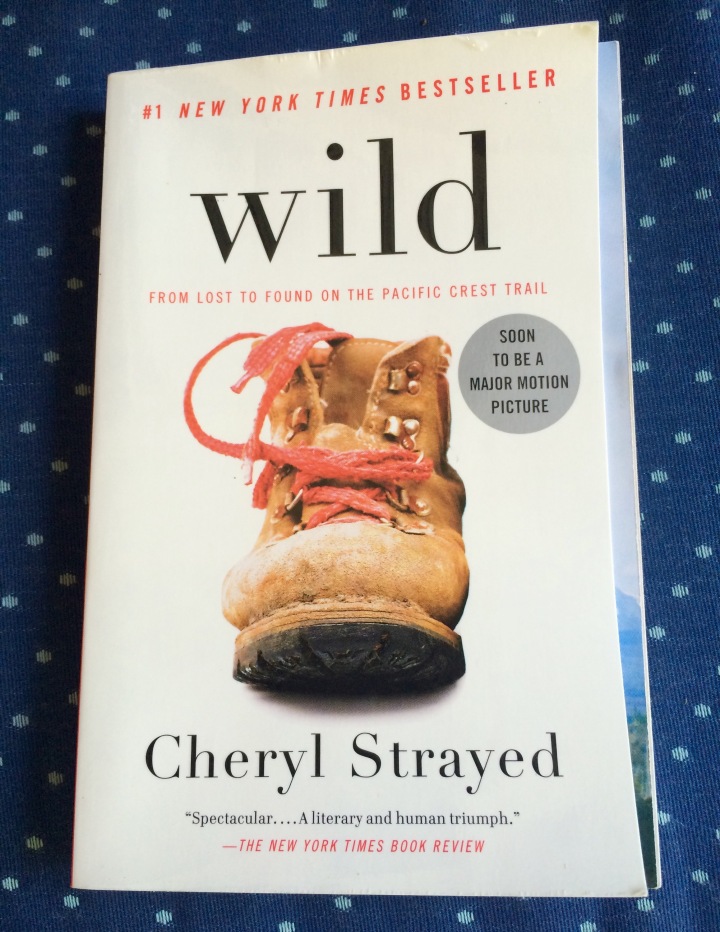 Don’t tell, but I saw the movie first.  It was good, but for me, Reese Witherspoon is just a little lackluster anytime she’s not in Legally Blonde.  I enjoyed learning about the experiences in the wilderness through the author’s original words, and visualized it in a different way from the movie.  Also, look at all these empowered female authors on my list!

Hold Me in Contempt, Wendy Williams

I used to be a huge WW fan, before she made rude comments about Caitlyn Jenner…Wendy, seriously, probably NOT your smartest target…  But my friend bought me this romance novel for Christmas and I figured I might as well give it a try.  I haven’t yet, so I can only presume it involves judges, lawyers and criminals of some sort, and weird euphemisms for sex and genitalia.  I’ll post a review if I can stomach the first few pages.